This research project investigated the feedback mechanisms between foundation species and predatory fish and how it affects the health of the Baltic Sea.

Through extensive field studies, experiments and the use of existing databases we examine links between several parts of the coastal food web. Everything from nutrients to sediments, plankton, vegetation and fish are studied in a number of sites between Östergötland and Uppland, aiming to investigate how positive interactions in the food web affect ecosystem services in the Baltic coastal areas. 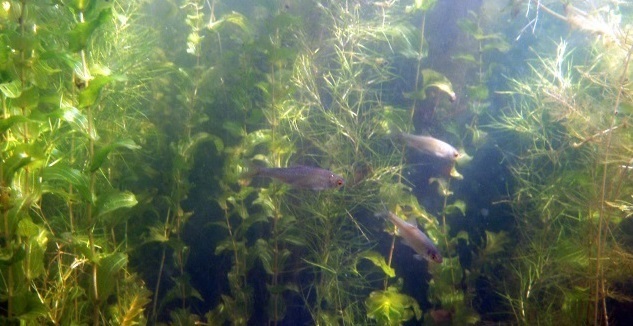 Plant-Fish is a 3-year research project funded by Formas, coordinated by Stockholm University. It started in 2014 and continued until 2016. AquaBiota is one of five partners in the project.

Earlier this year, wpd submitted an application to … END_OF_DOCUMENT_TOKEN_TO_BE_REPLACED

Results from IMAGINE, a research project on marine … END_OF_DOCUMENT_TOKEN_TO_BE_REPLACED