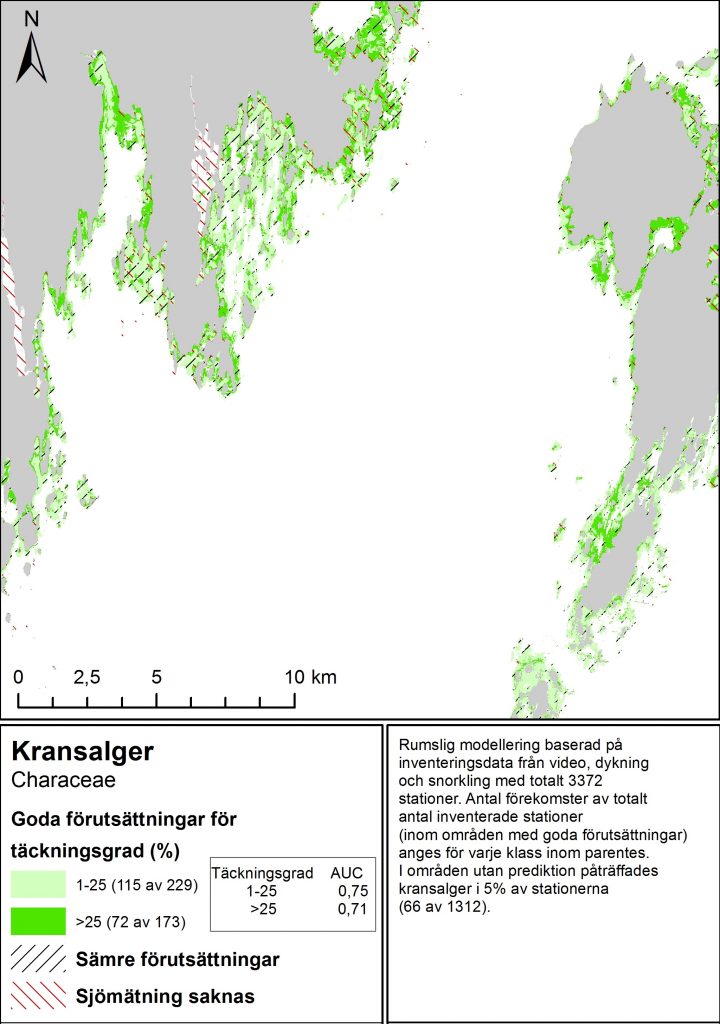 AquaBiota mapped benthic marine conservation values in the entire Västerbotten County for the Swedish Agency for Marine and Water Management. In the work, which was performed in 2016 and 2017 maps were created for benthic species, whitefish, HUB-biotopes and conservation values using spatial modelling.

The mapping, which was performed in 10 m resolution, used large amounts of biological field data, both from earlier surveys and from surveys with drop video and small Van-Veen grab that were performed within this project during the summer 2016 in order to complete existing biological field data for this purpose.

Earlier this year, wpd submitted an application to … END_OF_DOCUMENT_TOKEN_TO_BE_REPLACED

Results from IMAGINE, a research project on marine … END_OF_DOCUMENT_TOKEN_TO_BE_REPLACED