The eight areas identified in Swedish waters are: 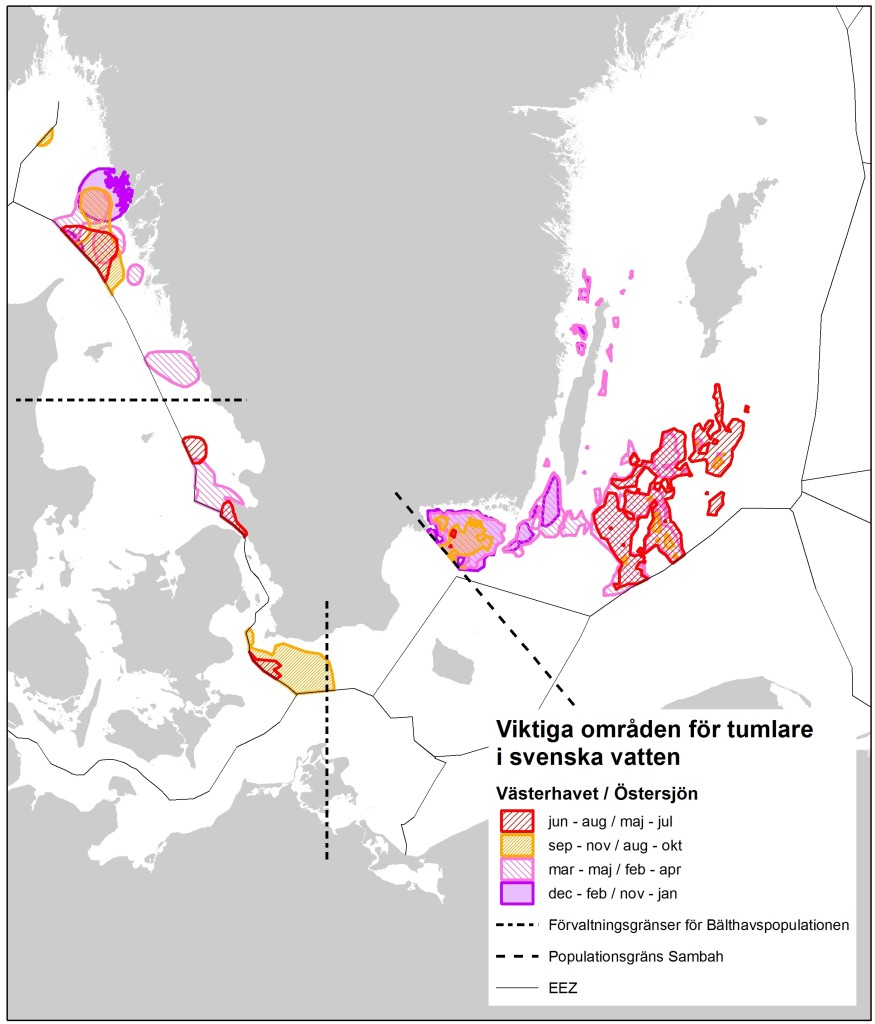 Important areas for harbour porpoises in Swedish waters. Note that no analysis has been made for the period from November to April in the south-west Baltic Sea.

In the Skagerrak and Kattegat Seas, the areas are based on available maps of kernel densities of animals equipped with satellite transmitters in Danish waters. In the Baltic Sea the likelihood of occurrence has been modelled based on harbour porpoise echolocation activity recorded by click detectors in the Sambah project (Static Acoustic monitoring of the Baltic Sea Harbour Porpoise). The identification has been made separately for each quarter of the year, and it is indicated whether the areas are used during calving, mating and the beginning of the lactation period, or later in the lactation period and when the calving is approaching.

In addition to important areas for harbour porpoises, the spatio-temporal distribution on anthropogenic activities that may have negative impact on harbour porpoises have been compiled, together with existing marine protected areas and areas of relevant national interests.

Earlier this year, wpd submitted an application to … END_OF_DOCUMENT_TOKEN_TO_BE_REPLACED

Results from IMAGINE, a research project on marine … END_OF_DOCUMENT_TOKEN_TO_BE_REPLACED