A new study in Marine Biodiversity has been published focusing on seagrass fish assemblages in a seascape ecology perspective in the Baltic Sea in collaboration with the Department of Ecology, Environment and Plant Sciences and the Baltic Sea Centre at Stockholm University.

This study set out to determine fish assemblage composition in Zostera marina (L.) meadows and ascertain how habitat structural complexity and seascape structure (i.e. composition and configuration of habitat patches) influenced these assemblages in the northern Baltic Sea.

Using ten seascapes (600 m in diameter), the fish assemblage was surveyed both in summer and autumn using beach seine. We found that the fish assemblage was clearly dominated by sticklebacks, followed by pipefish and with a general absence of larger piscivorous species. Biomass of fish did not differ between seasons, and low-level carnivores dominated the trophic structure.

Overall, at the larger seascape-scale in summer, the proportion of bare soft sediment showed a negative relationship with fish biomass, while diversity of patches was found to exhibit a positive association with fish biomass. At the smaller habitat scale, both seagrass shoot height and density had a negative influence on fish biomass in both seasons. This study outlines new knowledge regarding how the mosaic of habitat patches shape seagrass fish assemblages in the northern Baltic Sea. 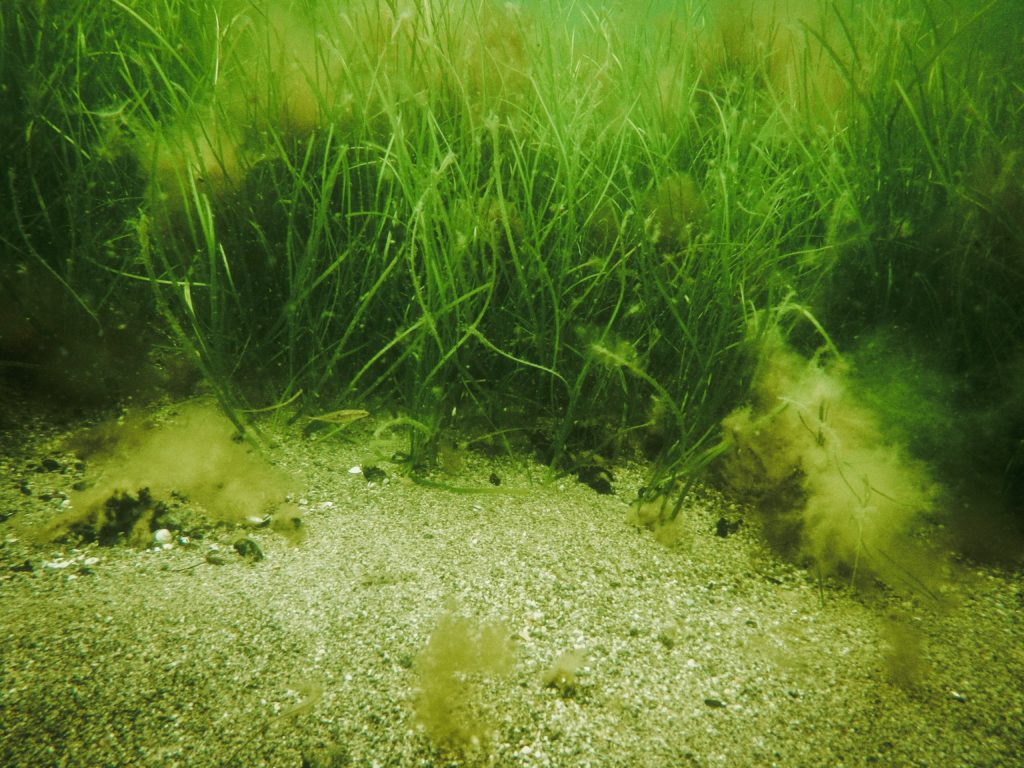 Seagrass meadow in the Baltic Sea

Earlier this year, wpd submitted an application to … END_OF_DOCUMENT_TOKEN_TO_BE_REPLACED

Results from IMAGINE, a research project on marine … END_OF_DOCUMENT_TOKEN_TO_BE_REPLACED