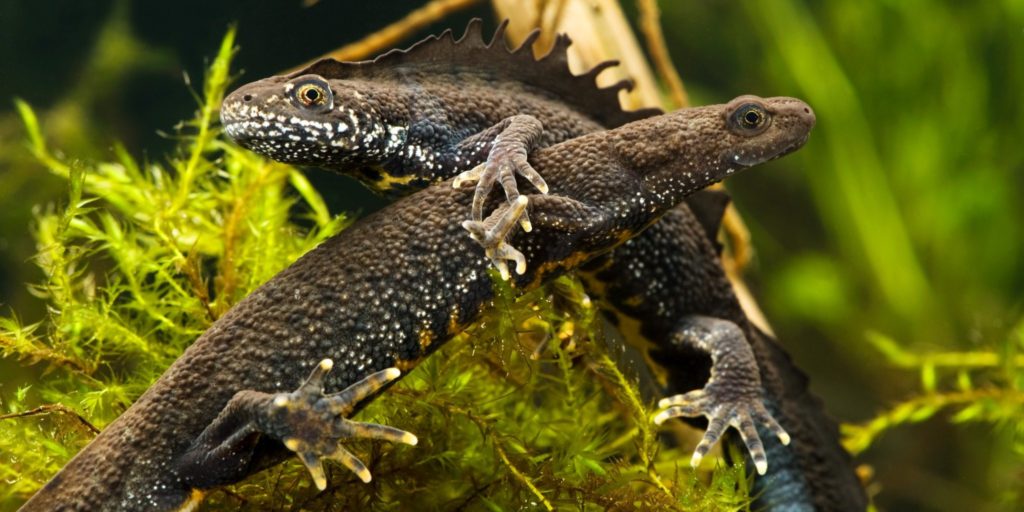 AquaBiota has good results from many projects in Sweden and elsewhere, where we have surveyed about 200 different species of different types including fish, amphibians, mammals, molluscs, crayfish and fungi. The sampling has been conducted in various environments including ponds, lakes, wetlands, streams and marine environments.

Examples of species surveyed with eDNA 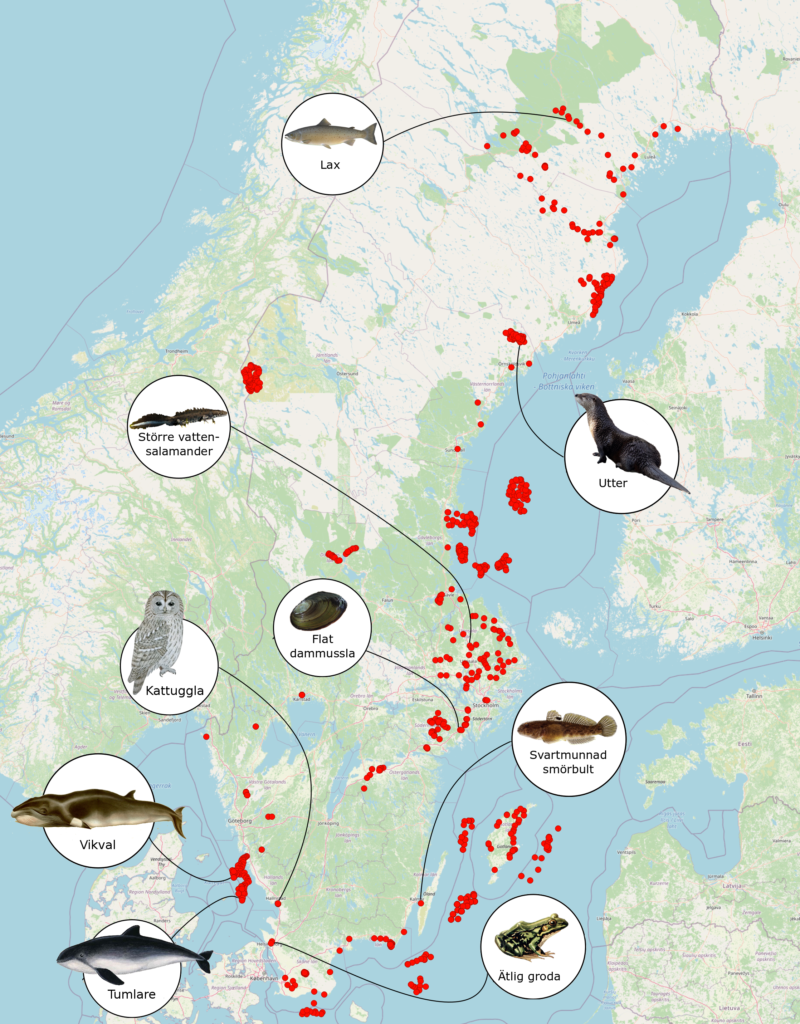 Locations in Sweden where eDNA-samples were collected between the years 2018-2021 (red dots) and a selection of species identified by using eDNA metabarcoding. Complete communities of species groups (e.g. fish, amphibians) were analysed at all sampled sites.

Earlier this year, wpd submitted an application to … END_OF_DOCUMENT_TOKEN_TO_BE_REPLACED