On behalf of the Swedish Agency for Marine and Water Management (SwAM) AquaBiota will compile a knowledge building program for deep reef habitats in marine Atlantic region/ the North Sea. The deep reef habitats include the habitat type 1170 reefs, and the OSPAR habitats Deep-sea sponge aggregations, Lophelia pertusa reefs and Coral gardens. In these habitats a number of species on the Swedish red list are found, such as the corals Lophelia pertusa, Paramuricea placomus and Primnoa resedaeformis. 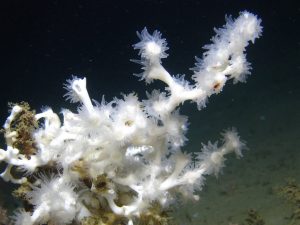 The knowledge building program will compile information on and suggest suitable actions for deep reef habitats in order to contribute to improved conservation status and knowledge pertaining to these habitats. The program is to a large extent based on information from the project Reef habitats in Skagerrak (SwAM, AquaBiota), which have identified and mapped favourable conditions for the species of corals and sponges occurring within these habitats. The project will be completed in February 2017.

Earlier this year, wpd submitted an application to … END_OF_DOCUMENT_TOKEN_TO_BE_REPLACED

Results from IMAGINE, a research project on marine … END_OF_DOCUMENT_TOKEN_TO_BE_REPLACED